I have been ruminating on this idea for a couple of days now and have resisted posting on it because, well, it’s hard to disagree with Josh Brown, even a little.  He’s smart, funny and has a big megaphone.  But I can’t help myself. 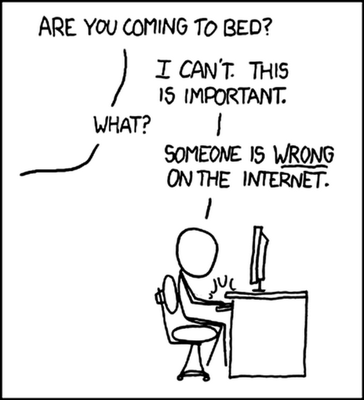 Josh posted a piece on Tuesday called Math isn’t an Edge.  In it he described an analyst/PM interaction he found instructive.  Here is the key assertion:  “Math isn’t an investing edge.  Go find something that doesn’t come out of a calculator.”  In Josh’s words, “tell me something I don’t know.”

To be fair, I think I get the point and it isn’t an altogether bad one.  To begin with, a singular data point, even a very valuable one, is seldom reason enough on its own to make an investment decision.  We need lots of data points.  Probably more importantly, facts alone — without context and interpretation — aren’t worth much.  And finally, knowing what everybody else already knows and has factored in isn’t going to help.  As the expression goes, five dollar bills aren’t going to be left sitting on the sidewalk for long — someone is going to pick them up.

But there’s a fair amount to disagree with too.  Let’s start with the premise of the claim.  Is there really good reason to think that any sort of edge is available?  I think so, but such claims are much less well-supported than is commonly assumed and most who advocate active management (which, by definition, asserts that there are edges available) fail to describe what their purported advantage is and how they propose to exploit it. At a minimum, there are many fewer edges than most people think.

Moreover, math is an edge when it’s done right because, all in all, we suck at math.  It isn’t just the “masses” either — it’s the vast majority of us and often even alleged experts.  Thus an analyst who understands math and utilizes it correctly will have a major advantage.

Finally, even those who understand the math and can do it correctly often ignore it.  Most of us (and all us at some point) are willing and even eager to ignore math (and other data points) when our pre-conceived notions are thought to be challenged. That tendency is at the heart of confirmation bias.  We like to think we’re like judges searching for truth impartially when, in fact, we’re much more like attorneys running around hunting for any argument that we think might help.  We may “know” the math.  But have we accurately factored it into our investment “equation”?

The great investor Seth Klarman, founder of the Baupost Group, makes a terrific insight: “Value investing is at its core the marriage of a contrarian streak and a calculator.”  Being a contrarian is necessary because if virtually everyone else is doing it there can’t be an edge available.  But the calculator is necessary to prove what we think we know and to check our work.

Math isn’t enough on its own.  But it is absolutely necessary for good investing. As the philosophers say, it is necessary but not sufficient. And since it is so often ignored and misinterpreted, it often provides a really big edge.

Edited to add:  This discussion continues here (Josh) and here (me).

8 thoughts on “Math is a Major Edge”