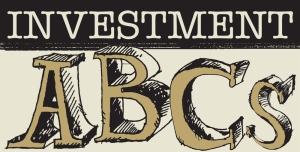 Try this experiment sometime. Ask an impartial observer – someone with no connection to any of the players – to go with you to a youth sporting event involving one of your children or grandchildren. Try to behave as you normally would but also watch and listen carefully, particularly to the conversations, attitudes and actions of the parents.

Then go to a game involving no kids or families you know with the same companion. Both of you should again try to be as observant as possible throughout, particularly with respect to the conversations, attitudes and actions of the parents.

When discussing the second game – where you didn’t know anyone – you will no doubt recall parents waxing eloquent about Johnny or Ann’s oh-so-bright athletic futures. No matter the age of the children, you will hear about inevitable league titles, professional prospects and worst case scenarios involving college scholarships. I can’t begin to tell you how many times I’ve heard the parents of elementary school kids who play club sports justify the expense as a means to obtain a sure-thing scholarship.

If Jimmy fails to score he is injured, sick, unlucky or the victim of a jealous teammate who won’t pass. If Alice isn’t playing regularly, the coach is obviously an idiot. The officiating sucks, nearly everybody comments on it, and several are loud; at least one parent is even pretty nasty about it. If Jean doesn’t make the All-Star team (or the varsity) lawyers will be consulted, potential remedies considered and threats offered. Any evidence suggesting that Jerry is less talented than advertised (and remember, there is only a 0.03 percent — not 3 percent — chance of a high school basketball player — much less a youth player — playing professionally, per the NCAA) is thoroughly and utterly rejected (if not refuted). Violence may be threatened.

You will have probably chuckled knowingly at what transpired as it is so perfectly and profoundly predictable.

This second-game test will establish the reality of confirmation bias – the idea that we tend to see only what we want to see – beyond any reasonable doubt. It will likely seem to have been both obvious and ridiculous. It’s parents being parents, par for the course. How could they be so silly?

You and the observer probably even commented upon the abject silliness during the game. I hope you were discreet.

Ben Roethlisberger, two-time Super Bowl winner and Pro Bowl quarterback of the Pittsburgh Steelers, didn’t play QB in high school until his senior year because the coach’s son – one year older – was the starter. The coach was no doubt certain that he was making an entirely objective evaluation and doing what was best for the team. That’s confirmation bias. The absurdity surprises none of us. Parents are like that.

Next discuss your game. Your – oops, I mean your child’s – game. In the unlikely event that you didn’t cheat and read this entire entry before embarking on the experiment, and if you are scrupulously honest, you will recall that at your child’s game, you were no better than the parents at the second game. You likely would have denied that you were like them, of course. And if you were a jerk, you will make excuses as to why that game was unusual (“the officiating was especially bad” or “Alicia’s coach is particularly incompetent”).

Perhaps you are careful not to blame the coach entirely for his (it’s almost always a him, even for girls) inadequacies (maybe he isn’t experienced enough or well enough trained). Perhaps you weren’t as loud as others or only thought what others said out loud. Perhaps you’re really an expert where the previous parents weren’t and thus qualified to make the observations. Perhaps you’re even embarrassed at the realization of what you thought and did.

We all suffer from cognitive and behavioral biases that poison any hope for objective analysis, especially about those closest to us and in whom we have the most invested. If we are aware, we will frequently recognize it in others – especially the most egregious examples. But we will almost never recognize it in ourselves. That’s because everybody else is expressing opinions while we are stating facts, or so it seems.

That reality – that failing – is bias blindness. It’s our inability or unwillingness, even if and when we see it in others, to see the biases that beset us. Bias is everywhere. So is bias blindness, no matter how willing – and even eager – we are to deny it.