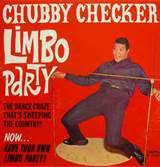 We should always be skeptical when someone claims that “this time is different” in the markets.  New paradigms come around, of course, but not nearly as often as claimed. You’re much safer betting on ”old always” rather than on a “new normal” unless and until the new, new thing has proven out over time and is demonstrable based upon actual evidence and data.

With that carefully rendered predicate out in the open, it’s worthwhile — and perhaps significant — to note that we will eventually see something truly new in the markets.  We’d all do well to be prepared for when the bond limbo party finally ends.

Up until October 6, 1979, bonds were exceedingly safe assets.  You clipped your coupon and were grateful for it, before quickly moving on to more interesting things.  But on that Fall Saturday, then Fed Chairman Paul Volcker announced that the supply of U.S. dollars would henceforth be fixed; it wouldn’t fluctuate with the business cycle.  Instead, interest rates would float. That change in monetary policy allowed bonds to become truly tradeable — with the potential for wild swings in price. Bonds became, at least potentially, objects of speculation. They became a way to make money (or lose money) — not just store it.

We still tend to think of bonds as safe assets today, but that’s largely because the potential “wild swings” have been essentially one way traffic ever since (see below).

Volcker’s action was designed to snuff out inflation and it eventually did.  After rates peaked in September of 1981, we have seen what can only be characterized as a continuous rally in bonds — with only a few blips — for more than 30 years.

Today, rates are a bit above the lows, but still at remarkably low levels and relatively stable.  The Fed’s having propped up the bond markets to the tune of nearly a trillion dollars a year has continued to keep the long-predicted bond bubble at bay, even as lots of people have lost lots of money predicting that the bubble would burst.

For the past 30 years and more, bond traders could fix nearly every problem by buying dips.  Tepid or even dreadful equity markets were much more manageable because it was usually so easy to counteract the difficulty by making easy money in bonds.  But the day when that will no longer be true is drawing nigh.

The performance of both the equity and fixed income markets this year shows how risky it can be to fight the Fed.  Yet true interest rate freedom is coming.  It may not be this year or even next.  But when it comes, the change will be very significant.

If long bonds (the 30-year U.S. Treasury bond) were to increase in yield by just 50 basis points (half a percent), owners of those bonds would lose roughly 7 percent of the principal value of their holding.  A 50bp increase in 10-year note rates would cost roughly 4 percent and a 50bp move in 5-year notes would cost roughly 2 percent.  Any major rate increase would be very ugly, particularly because so few investors have much experience with bonds losing money.  They may not be prepared to cope.

I don’t know when the bond limbo party will finally wear itself out.  But when it does, things will look a lot different.  And somebody is going to have to clean up the mess.