Note: This is my 1,000th post at Above the Market, which began publication nearly five years ago, in August of 2011.  I remain as astonished as ever at the attention it has received. I am grateful to each and every reader. Thank you.

In 1821, a man named William Hart dug the first natural gas well in the United States on the banks of Canadaway Creek in my home town of Fredonia, New York. The well was 27 feet deep, was excavated by hand using shovels, and its gas pipeline consisted of hollowed out logs sealed with tar and rags. Natural gas was soon transported to businesses and street lights in town. These lights frequently attracted travelers, often causing them to make a significant detour to see this new “wonder.” Expanding on Hart’s work, the Fredonia Gas Light Company was formed in 1858, becoming the first American natural gas company.

Gas lighting is thus an inexorable part of my personal history. But I’m even more interested in gaslighting.

In the 1938 play Gaslight, a murderous husband is intent on inducing instability in his wife in order to accommodate his venality. When she notices that he has dimmed the gaslights in their house, he tells her she is imagining things—that they are as bright as ever – as a way to get her to question her senses and her sanity. The British play became a classic 1944 American film from George Cukor, starring Ingrid Bergman as the heroine and Charles Boyer as her abusive spouse, out to convince her that reality is not what she perceives. In this sort of story, our most dangerous enemies are always those closest to us, masquerading as lovers and friends. Gaslight reminds us how uniquely terrifying it can be to mistrust the evidence of our senses and of what we know to be true.

Taking off from the film, “gaslighting“ in contemporary usage means a form of intimidation or psychological abuse whereby false information is systematically presented to the victim, causing him to doubt his own memory, perception or even his sanity. As in the movie, gaslighting is a hallmark of domestic abuse, but one can see its use and impact almost everywhere. I wrote much of this while in Washington, D.C., perhaps the world’s gaslighting capital.

In the investment management world, the overarching priority for the vast majority of money managers is to gather assets and revenues and only peripherally to provide quality performance for investors. Gaslighting is routinely used to try to obscure those priorities and to convince investors that, despite the reality of what they see, investing in product X or with firm y is a smashing good idea.  END_OF_DOCUMENT_TOKEN_TO_BE_REPLACED 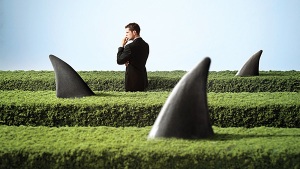 CalPERS, the highly influential California public employee pension agency, announced in September that it would no longer invest its dollars via hedge funds. That decision is not altogether surprising in that the annualized rate of return of the hedge funds in the CalPERS portfolio over the past decade was only 4.8 percent. The behemoth pension plan sponsor was careful to note that not all hedge funds are bad, but that “at the end of the day, judged against their complexity, cost, and the lack of ability to scale at CalPERS’ size,” the hedge fund investment program “is no longer warranted.”

In essence, CalPERS recognized and acted upon what should be apparent to everyone: hedge fund returns have simply not lived up to their hype. As Victor Fleischer famously put it, “hedge funds are a compensation scheme masquerading as an asset class.”  END_OF_DOCUMENT_TOKEN_TO_BE_REPLACED

It’s a problem that is now — finally — discussed and sometimes dealt with. Increasingly, investors of various type are questioning high-cost, high-risk strategies (often purveyed by hedge funds) because they have performed so poorly. Indeed, hedge funds as a class have performed much worse even than U.S. Treasury bills. As a consequence, few can expect to achieve success in that market, as I have argued repeatedly (see here, here, here and here, for example). Calpers, the public pension giant here in California, is a leader in this trend that is demanding accountability, putting new investment proposals on hold while weighing whether to exit or substantially reduce bets on commodities, actively managed company stocks and hedge funds.

The general problem is well illustrated right here in San Diego and outlined in a terrific column in the San Diego Union-Tribune yesterday by Dan McSwain. Many cities have a pension crisis. San Diego’s is particularly bad, as outlined definitively by the great Roger Lowenstein in While America Aged. McSwain’s piece does an excellent job of examining how the City is responding to the problem in terms of investment management and contrasting the City’s efforts with what the County of San Diego is doing with its pension dollars.  END_OF_DOCUMENT_TOKEN_TO_BE_REPLACED