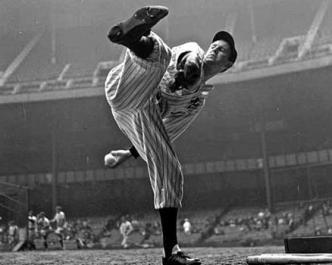 Lefty Gomez: “I’d rather be lucky than good.” Source: The New York Times

Last month on CNBC, Warren Buffett announced his annual NCAA tournament bracket contest for Berkshire Hathaway employees. First prize is $1 million a year for life for any employee who picks a perfect Sweet 16 in the tourney. The odds of doing that are about one in 2-3.5 million, depending upon the year. Last year, none of the 17.3 million ESPN brackets had a perfect Sweet 16 and no Berkshire employee made it out of the first round (not Dayton’s “First Four”) alive.

NCAA basketball tournament bracket math isn’t an exact science. It is often said that the odds of picking a perfect NCAA tournament bracket are a staggering one in 9,223,372,036,854,775,808 (that’s 9.2 quintillion). That calculation assumes every game is a 50:50 proposition, which of course it isn’t (despite Virginia’s opening round loss to UMBC last year as a one seed).

According to Duke math professor Jonathan Mattingly, the average college basketball fan has a far better chance of achieving bracket perfection than that. According to Mattingly, adjusting probability based on seeding, the odds of picking all 65 games games correctly is actually more like one in 2.4 trillion. Using a different formula, DePaul mathematician Jay Bergen calculated the odds at one in 128 billion. Whatever the actual odds, if you are really lucky, your perfect bracket will last about halfway through Thursday’s games.

The highly unlikely happens surprisingly often. As noted, Patricia Demauro went 154 rolls before crapping out. College GameDay basketball broadcasts offer one lucky student the opportunity to win a lot of money by making a half-court shot. The bottom of the net has been found on such 47-foot heaves four times in four visits to the University of Virginia.

For the driver in this incredible video, what follows is truly a “black swan” event.

However, such highly unlikely events are much rarer than we commonly assume. As Han Solo says, “Never tell me the odds.”

According to a study undertaken by the CFP Board, 88 percent of consumers and 30 percent of financial advisors think it’s easy to manage money. However, everyone should agree that predicting what will happen in the world and in the markets has many more variables and requires much more complex thinking than predicting the binary outcomes of basketball games. If your money management philosophy requires an accurate forecast about future events, you’re likely to be in big trouble. On the other hand, as the great playwright Tom Stoppard understood: “[T]here is really, really good news if you end up feeling lucky rather than clever.”

Henri Poincaré proved back in 1887 that the motion of the three objects within the same system is non-repeating and thus chaotic. In other words, the historical pattern has no predictive power whatsoever with respect to where the objects will be in the future. There is no possible algorithm to solve this problem and no predictable pattern. Accordingly, nobody can solve the three-body problem and predict the future of such a system (like the market).

As Stoppard postulated in his play, The Hard Problem: “In theory, the market is a stream of rational acts by self-interested people; so risk ought to be computable. But every now and then, the market’s behavior becomes irrational, as though it’s gone mad, or fallen in love. It doesn’t compute. It’s only computers compute.” It doesn’t compute, of course, because markets are driven by people, who may be self-interested, but who aren’t necessarily rationally self-interested. They are mere human people, not computer people. They are yearning, hurting, illogical, infuriating — driven by the attraction Newton left out and by the devout hope that the better angels of our nature that Lincoln saw are real. We want binary questions and answers in a world far messier and more complicated than that.

5 thoughts on “How’s Your Bracket?”