I had been fitfully and uncomfortably sleeping, dreaming of a small dog licking my leg and stealing my snack. I awoke to find an escaped boxer with a cute face avoiding my eyes and licking her lips. Once the flight attendant found her rightful owner, who was not nearly as embarrassed as she should have been, I reassess my situation. 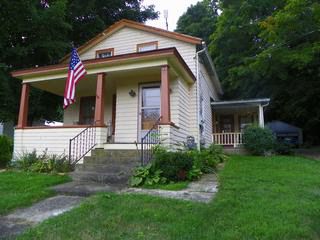 I’m still more than an hour behind schedule and said to be losing even more ground on account of intense headwinds. I’m still scrunched into a long metal tube with the seat-back in front of me compressing my kneecaps into my hips while hurtling cross-country, still several hours from arrival home in San Diego. I’m still tired from lots of planes and being away from home for too long. I’m not in the most conducive spot I can imagine for counting my blessings.

But count them I shall, as part of this birthday reflection. “Birthday luck” describes a nuclear explosion of luck that is supposed to happen inside you on that day, giving you the ability to do anything. I don’t really have birthday luck, of course, but my luck is so good that it’s hard to tell the difference.

We are self-serving creatures to the core, and self-serving bias is our ongoing tendency to attribute our successes to skill and our failures to very bad luck. Being an early investor in tech stocks was smart while being long and wrong in 2001 was really unfortunate. But the reality is that luck (and, if you have a spiritual bent, grace) plays an enormous role in our lives – both good and bad – just as luck plays an enormous role in many specific endeavors, from investing to poker to winning a Nobel Prize. If we’re honest, we’ll recognize that many of the best things in our lives required absolutely nothing of us and what we count as our greatest achievements usually required great effort, skill, and even more luck.

That my birth, which I celebrate tomorrow, was into a loving and stable family that valued education and industry was not my doing. The “loving and stable” part is really, in my humble estimation, more than a bit of a miracle.

You see, my mother was born into a dysfunctional and abusive family during World War I. She graduated from high school early to escape but escaped only to an abusive marriage at age 17. While still a teenager, she had the courage to flee that abuse with her young son and get a divorce…in small-town America in the 1930s. It wasn’t the middle of nowhere, but you could see it from there. I can’t imagine the courage that must have taken.

Meanwhile, my father grew up a few miles away on a rural farm and into an even more abusive and dysfunctional family. In the summer of 1925, my nine-year-old dad was out riding bikes with his little sister when she was run over by a train at an ungated crossing and killed – right in front of him. As the coroner’s report brusquely stated, “struck by Nickel Plate Passenger train, neck broken left leg 2 places between knee and ankle” (had I been a girl, I would have shared her name). At 17, on a brutally cold day in February of 1934, he found his father, a long-time drunk, strung up in the barn, a suicide. My Dad climbed the ladder his father had used and cut the dead body down, quit school, and began supporting his mother and her string of husbands, heavily self-medicating with alcohol all the while.

My parents found Jesus and each other and broke the cycle of abuse. They met at a square dance. She was 23 and he was 24 when they married. My Dad adopted my brother, gave up alcohol, and never drank again. He worked in a steel mill for three decades, rising from floor sweeper to management until Japanese competition destroyed his company and much of the American steel industry, forcing him to become a school janitor for the remainder of his work life. Mom became a bank teller. They had nearly 60 happy years together. I never heard an angry word between them (my mom would have used “cross” instead of “angry”).

Mom and Dad waited 16 years for me. By the time I was born, they were 40 and 39, and had pretty much given up hope of having me. They had given away my brother’s furniture. The history of sadness and abuse was locked away, never mentioned. Had I known their story then, I hope I would have shown them more grace as a teenager, chafing at the various structures and strictures they imposed upon me (and themselves) and frustrated by their fears of poverty that impeded my college hopes.

Today, I am astonished at their story and grateful beyond words for the many blessings I have been given. Once more for emphasis: They broke the cycle of abuse – horrible abuse from which I was largely (and lovingly) shielded. Obviously, I have ginormous positive delta.

I only learned many of these details after Mom and Dad were gone. For all I knew, I grew up in a loving and stable working-class family in heartland America, ignorant of what Paul Harvey called, every day on the local radio station (1410 AM), “the rest of the story.” My brother and I became the first members of our extended family to graduate from college. We got graduate degrees, too. We have lived full, productive, and happy lives.

That I was born into a land of freedom and opportunity that would allow and even provide the means for a child of working-class parents with just one high school diploma between them to pursue and secure a world-class education was not my doing. I merely had to provide sufficient effort. That I was blessed with some ability and interest in a field that provides a good living and constant stimulation was not my doing. I merely had to provide sufficient industry. That I married astonishingly well and have three terrific and productive children who have also married extremely well is only partly my doing (and surely less my doing than I care to think). The wonder of seven delightful grandchildren is grace personified.

So truly: happy birthday to me. For much of it – verily, for most of what’s happy about it – I have luck (and grace) to thank.

An earlier, much-abbreviated version of this post initially ran on October 14, 2013.