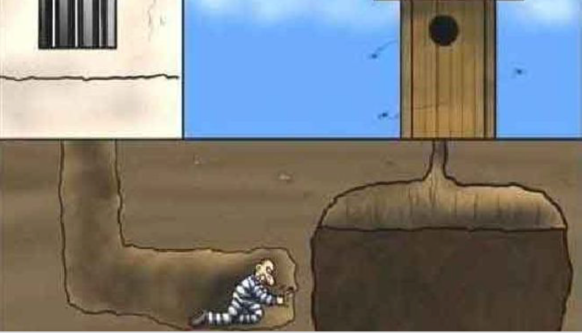 It’s a weekend tradition of sorts. On Friday evenings when I’m home, I outline what chores I plan to get done around the house on Saturday and what I need to buy to complete them. Inevitably, however, it takes a lot longer to do my chores than I expect and I routinely need to make multiple visits to Home Depot for supplies because I’m missing something (or multiple somethings). And the results aren’t often great.

Nearly all of us overrate our own capacities and exaggerate our ability to shape the future [insert discussion of Friedrich Hayek’s warnings about the folly of planning here]. 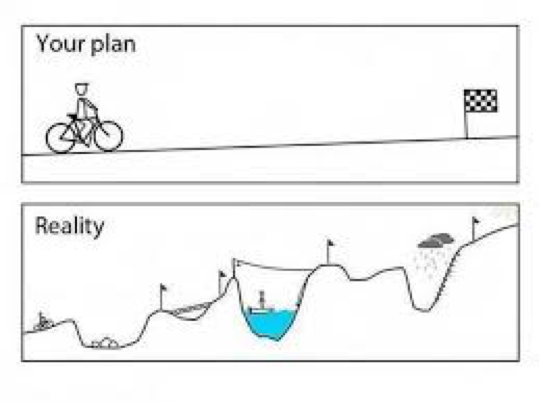 British Prime Minister Lord North, on dealing with the rebellious American colonies, in 1774 exclaimed that “Four or five frigates will do the business without any military force.” As he watched German troops heading off to fight in World War I in August of 1914, Germany’s Kaiser Wilhelm II was convinced that, “You will be home before the leaves have fallen from the trees.” Three days before Pearl Harbor, U.S. Secretary of the Navy, Frank Knox, offered his assurance that “No matter what happens, the U.S. Navy is not going to be caught napping.” In 1958, Soviet leader Nikita Khrushchev claimed that the U.S.S.R. would destroy western capitalism economically: “We will bury you.”

A wide swath of research shows that we tend to have unreasonably optimistic expectations about the future. That flaw, per Kahneman, is the planning fallacy, which is our tendency to underestimate the time, costs, and risks of future actions and at the same time to overestimate the benefits thereof. It’s at least partly why we underestimate bad results. It’s why we think it won’t take us as long to accomplish something as it does. It’s why projects tend to cost more than we expect. It’s why the results we achieve aren’t as good as we expect. It’s why we’re dead certain even when the actual results are guaranteed to be, as Ben Carlson explains, “more than never, less than always.”

The planning fallacy projects our fanciful and self-serving renderings forward with the idea that the future can somehow be managed — and perhaps controlled — despite the lack of any actual historical support for the notion. As Adam Gopnik sagely points out, “[w]hat history generally ‘teaches’ is how hard it is for anyone to control it, including the people who think they’re making it.” Indeed, “the best argument for reading history is not that it will show us the right thing to do in one case or the other, but rather that it will show us why even doing the right thing rarely works out.”

Kahneman’s conclusion is a depressing one indeed, especially when we carefully consider its implications. “Most of us view the world as more benign than it really is, our own attributes as more favorable than they truly are, and the goals we adopt as more achievable than they are likely to be.”

Study into the planning fallacy caused Oxford’s Bent Flyvbjerg to establish what he calls “the iron law of megaprojects” – they will be over budget, over time, under benefits, over and over again. But it does have some practical utility. As Kahneman notes, “If you realistically present to people what can be achieved in solving a problem, they will find that completely uninteresting. You can’t get anywhere without some degree of over-promising.” It’s much easier to get forgiveness than permission.

This overriding problem is why I take three trips to Home Depot on Saturdays and why it takes me all day to finish a household chore I expected to take maybe an hour (which then doesn’t look right or work right). As John Lennon explained, “Life is what happens to you while you’re busy making other plans.”

Things rarely turn out the way we expect. We never have everything covered. Life happens. The future remains uncontrolled. None of knows about tomorrow.